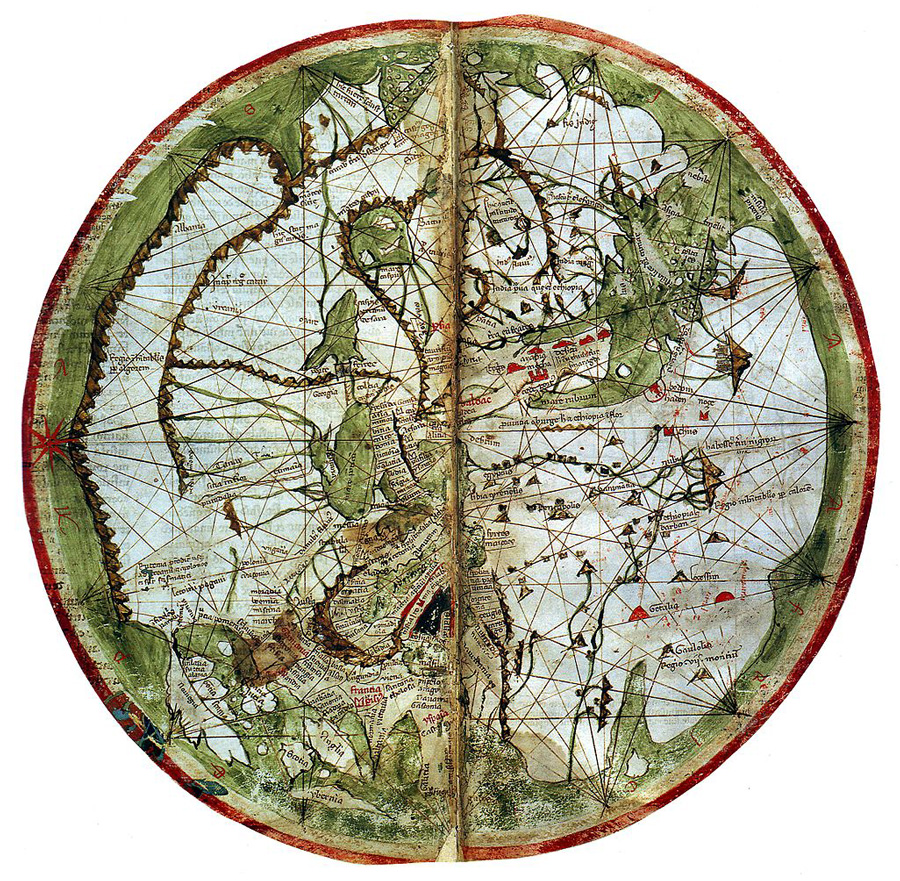 On August 16th at midnight, applications close for the 2015 Knight-Mozilla Fellowships. The Fellowships offer a chance for a handful of curious, code-friendly people to spend ten (paid!) months in a newsroom, working with journalists, designers, and technologists on all kinds of projects. We’ve collected posts from current Fellows, working newsroom coders (two posts’ worth), and hosting news organizations explaining why you—actual you, reading this, now—should either apply or spread the word to people you know. Now I want to highlight a theme that comes up again and again when I talk to people who’ve experienced the Fellowship: the idea that spending ten months immersed in newsroom tech changes you in major, lasting ways.

Aurelia Moser describes a few of the doors that opened to her because of her work as a Fellow at Internews and Ushahidi:

…you’ll get requests to collaborate on projects from strangers instead of just your friends. Pre-fellowship, I never really had comments on my Github projects and my public code persona was pretty weak; 5 months in, I get regular email about blog posts I’ve written and repos I’ve open-sourced. I speak at conferences where people preface their questions to me with “I read/looked at your…”, instead of just “hey so I disagree and can prove I’m smart by asking an un-question.” (We’ve all witnessed these people; I witness them less now).

As an added perk, I get to work with people who develop technology solutions for under-tech-privileged parts of the world, places where access to the internet might require cell network fail-over solutions like BRCK, or where tracking citizen opinion via social media streams aggregated and API-ified in CrisisNET is so epically important because these opinions are routinely throttled by oppressive or inegalitarian agendas […] I work with people who train journalists on the ground in nations where objective journalism can be unwelcome, and the practice of building a data journalism program is as-yet nascent or continuously undercover. I’ve had the opportunity to fuse collaborations with the brilliant trainers and journalists at Internews and the smart and savvy technologists at Ushahidi; and in this capacity, I work with and support people who develop new ways to provide critical perspective on sustainable sociology and global health programs, on geopolitics in the absence of privacy and in the face of human rights violations.

Access to people with deep knowledge of a wide range of code is one bonus of the experience, as Harlo Holmes explains, about her 2014 Fellowship at the New York Times: “Nothing beats having your n00b questions answered immediately by the person who wrote the library because they’re sitting literally right across from you.” But it’s also about more than just access—it’s being in a working environment in which asking questions and admitting that you don’t already know everything about the code or data you’re working on is actively encouraged. As Ben Chartoff notes in a post about his experience with intensive learning as a Fellow at the Washington Post, “ I’m learning about how to ask for help [and] how to give it.”

That environment—one that encourages and even mandates constant learning in fast shipping cycles—bears fruit. Laurian Gridinoc’s Fellowship plucked him from a staid web development job, gave him ten months of experimentation and coding at the BBC, and then propelled him into freelancing in Zurich, ongoing tech and training collaboration with other Fellows from his year, and lots of work with Al Jazeera in Qatar.

Brian Abelson talks about the transformative experience of his time as a Fellow at the New York Times in 2013:

When I read Aron’s [Pilhofer’s] eventual pitch—“If you’re an analytics nerd, a news junkie and think it would be neat to spend some time using The New York Times newsroom as your laboratory, we’d like to hear from you”—I was both thrilled and horrified. How could I—neither a hack nor a hacker—compete with the plethora of geniuses that would no doubt apply for such an irresistible position.…

Since then, I’ve undergone a transformation that is no less than miraculous. In my five-plus months as a fellow I’ve dove deep into the technical and intellectual challenges of impact measurement, reading as much as I could find on the topic, experimenting with the creation of metrics for News Apps, speaking at conferences, and conversing with the brightest minds in the field. I have been continually humbled at the many people working on this problem for no other reason than they think it’s the right thing to do. I’ve also found support in the many innovators and brainiacs I work with at the New York Times and the seven incredible people I’ve shared this journey with.

In this time, I’ve gone from a novice coder with some knowledge of stats to someone who regularly writes map-reduce jobs over terrabytes of data (trust me, if you’re a data nerd, the New York Times is your perverse playground).

The same sentiment echoes through Nicola Hughes’ post about her Fellowship experience:

I am now a Data Journalist at the Times Newspaper Limited. I have the role and the job title I wanted when I decided to learn to code. Most importantly I consider myself a programmer. It took me a long time to get it into my head. I was at a D3 workshop recently and I realised I was more knowledgable and more capable than most of the programmers who have ‘developer’ in their job title. It came as a shock, but I think it has allowed me to take even longer strides in my data journalism.

Even though I can no longer do whatever I want I still have immensely more creative freedom and self-governance than anyone else with ‘journalist’ in their job title. Because I am self-taught, because I don’t need any instruments in a news organisation to produce everything they can, because I hunt for ideas on GitHub and Source and from DataMiners; I cannot be managed… You can’t undo a realisation.

Dan Schultz adds his own experience of lasting transformation—after finishing his Fellowhip at the Boston Globe, he was tapped to act as a co-founder, teacher, advisor, architect, and more:

Being a fellow has set me up with a network of amazing people, who I still work with closely to build awesome things and participate in some badass events.… By the time you complete your fellowship you will be an unstoppable force of raw digital power. You will be oxymoronically established as both an outsider and an insider (so your perspective is priceless), and you will have had 10 months to show off what you can do. Following your passion at that point is as easy as breathing, unless you’re a fish.

If your dream is a startup, you will come out of this with mentors, collaborators, and understanding. If you want to teach, you have an impressive set of experiences to show off. If you want a full time job, my other fellows have shown that you can absolutely do that too.

In the end, the transformative experience of the Fellowship turns outward, from the individual to the community. As Mike Tigas explains, the biggest changes are taking place in the journalism/civic code ecosystem, where every single Fellow can make a positive difference:

The Knight-Mozilla OpenNews program exists at a great time in the journalism/civic code world. There’s an ecosystem of tools and datasets out there, and there’s a whole world of people that are in this space or interested in it. People are starting to get it that transparency and open tools and sharing and collaboration—especially when it comes to data about our governments and our environments—can foster real change and real impact. And it’s part of our mandate to get out there and work in the intersection of these communities—journalism, open source, civic impact—to make all of them better.

It doesn’t matter if you’re ready to officially call yourself a programmer. It doesn’t matter if you don’t know anything about the work that happens in a newsroom. If you like playing with code and you’re ready for a new work world that runs on hard questions and real collaboration—and one that might very well change the whole course of your professional life—take a few minutes and apply for the Fellowship by August 16th. It’s a super-quick application with just a few short questions, and the possible rewards are real.