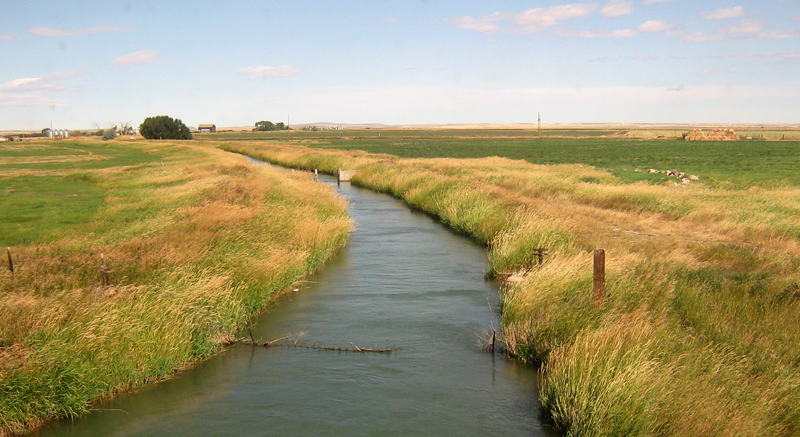 I started writing this post a month ago, and finished it during a vacation spent mostly offline. Since I started it, several people I know have published or linked to posts about why they’re leaving Twitter or why Twitter is getting uninhabitable, and Twitter itself has hinted that it’s heading toward a filtered timeline—a development that has produced another series of reactions. This post isn’t a response to any of that, but now that I’ve begun to catch up on my Twitter-commentary backlog, I think my conclusions hold up reasonably well despite the changing conversation.

I’ve been on Twitter since the beginning of 2008. In the six and a half years since I joined, I’ve used the service enthusiastically, exuberantly, without the professional/adult restraint that many of my peers have wisely elected to maintain. Before it got big, when I lived in a little apartment with red walls in Portland, Twitter was my water cooler, my connection to freelance colleagues and a few friends in the tech world. Later on, in Brooklyn (and Queens and Manhattan and Portland again and Brooklyn again), it became a treasured part of a broader social life, encompassing work and grad school and friends from all over.

I called it my rosary, the thing I reached for when I felt anxious, after Metafilter stopped serving that purpose. As Twitter expanded and my own little slice of it grew as well, I called it my front porch and defended its quirks and downsides. But now the magic has turned, in ways that have felt irrevocable. I’m not angry at Twitter for changing, but I’ve been sad to feel that something so oddly entwined with my intellectual and emotional life is now beyond my use.

The cost of ambient intimacy

It’s not that I’m attacked by that many trolls, which is what I say when I need shorthand, and what people assume is the problem when I say I’ve gone off Twitter. Trolls can be life-alteringly awful, but I’ve been lucky enough to avoid being targeted for anything more serious than annoyance and bog-standard jerkery.

The first is feeling like I’m sitting at a sidewalk cafe, speaking in a conversational voice, but having that voice projected so loudly that strangers many streets away are invited to comment on my most inconsequential statements—especially if something I say gets retweeted beyond my usual circles. In the past, a smaller version of that publicness has brought me wonderful friends and a job I love, but now the stranger-replies provide a steady stream of joykills, demands for attention, and indignantly misguided attacks mixed in with the funny comments and helpful links. And there are the actual trolls, of course, both lulzy and sincerely malicious, and they’re tiring, and my bounce-back is in shorter supply these days.

The second problem, quite apart from the stranger stuff, is that my chosen, beloved stream of people offer me so many small incidents of wrongness that it sometimes erodes my energy for doing things. I use Twitter to track goings-on in several professional and personal affinity groups: journalism, open web advocacy, web design, publishing, speculative fiction, feminism, and others. And beyond these, individual people I follow each care about their own wide range of things. And the internet is now sufficiently ubiquitous that in any given field of interest, on any given day, something awful will have happened online.

Mostly it’s not police killings or mourners being tear gassed or a new war. Mostly it’s a dumb thing a reporter wrote, or vile thing a politician or celebrity said, or a tech industry thought-leader defending sexist practices, or the latest schoolyard cruelty from 4chan, or a novelist nattering on about the wickedness of Muslims or gays or trans people or so on and so on forever. Often, these days, it’s an account of someone who’s been threatened and abused for having written in public while female or a person of color or trans or something else that angers the churning undernet of uncontrolled id. These incidents are necessarily anecdotal, but they’re usually representative of larger trends—and often sufficiently nasty and detailed that they’re hard to shake loose from my head. And there are so, so many things wrong that it gets hard to do anything but react (aka “engage”), in increasingly less coherent ways.

None of us are angry about everything, or even most things, but in the whole slimy pond of troubles there is something to injure every one of us in a particular and personal way that makes us turn to the stream and yell this is bullshit. And each shout makes the water rise a little higher, because how can you not respond to your friends when they’re in pain? Add in the flood of information and emotion from something like Ferguson (or war crimes or an epidemic) and there we all are, gradually drowning. So people get huffy about the volume emotion that these events arouse—angry that others are angry about the wrong things or too many things or in the wrong register. As with stampedes, we tend to blame individual or group character for these self-escalating conditions.(I am properly angry, you are merely “outraged.”) But as with crowd crushes, I think it’s more about the properties of bodies in space than about character or personal choices. PV = nRT.

Even when it’s too much for me, though, I still greatly value Twitter. It’s easy to forget how hard it was, in 2007, to win the attention of readers if you didn’t already have a huge following. It’s easy to forget how much harder it was to get eyewitness perspectives on events not covered or patronizingly, incompletely covered by media outlets. It’s very easy to forget how much whiter and straighter and more male many of the web’s major conversations used to be. The stream is faster and rockier now, but that doesn’t make it less important. Just less possible for me to be immersed in.

But, of course, there are other ways.

The fine art of ditching

I spent a good piece of my childhood on a farm in Montana, and a thing you learn about on a farm out there is water. There isn’t enough of it, even in the comparatively lush part of the state where I grew up, so when the snowpack starts melting in the mountains, how you handle the meltwater—the runoff—has everything to do with whether the things you’re growing will actually manage to grow. The same rush of silty water that can erode away a freshly planted field will keep that same soil safely and evenly watered if you divert it into the right system of ditches. And if you’re a kid given to messing with makeshift dams and mini hydro-engineering projects, that same freezing torrent is endlessly entertaining, and instructive.

It took me a few weeks of feeling quietly glum about losing Twitter before I remembered that I know a few things about streams, and ditches. And beyond that, that figuring out how to make better use of communication systems is kinda what I’ve been doing for a living for a decade or so.

So I thought more formally about what I want and don’t want, and I worked out some practical ways of diverting and fussing with my various streams to get them to do what I want and need. For me, it looks something like this:

Most of the things on the above list can’t be obtained simply by changing the list of people I follow, so I put together a more involved plan. I’ve moved much of my conversational Twitter activity to an account I think of as “unlisted”—not a locked one, but one that isn’t obviously connected to the rest of my online traces so that I retain soft access control. I now check the mentions on my main account once every couple of days instead of once an hour.

There are other things, too: Work-specific lists that let me look at the streams of my colleagues in journalism without 24–7 exposure to world news. A fat stack of muted keywords designed to block the more corrosively detailed anecdotes in my timeline while letting through the system-level background information and thoughtful commentary. Deleting Twitter apps from my iPad, cutting web-Twitter out entirely, and dropping some accounts from my phone to make sure I’m behaving more intentionally.

Beyond the tools, though, I’m trying to make an emotional shift from exuberant joyful angry frenetic Twitter to something subtler and gentler. When moved to discuss something about which I feel strongly, I’m beginning to default to a longer form first, to reduce the heat of my Twitter conversations and boost the light I work by elsewhere.

I’ll let you know how it goes.