Anita Sarkeesian is a cultural critic who makes YouTube videos. A lot of people like her work: she tried to raise $6,000 via Kickstarter to fund a new set of videos about women in video games, and raised nearly $160,000 instead. And it’s this fact—that people like Sarkeesian’s work, that they choose to listen to her and even put their money behind her projects—that so enrages some people who play video games.

Since she started her Kickstarter, a lot of men have devoted themselves to telling the world how very much they disapprove of Sarkeesian, through hate mail, doxing, threats and images of rape, and most recently, an app that encourages you to beat Sarkeesian as a image of her face bruise and bleeds. 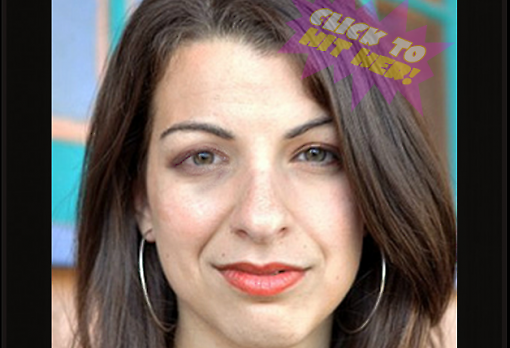 Sarkeesian’s “before” image in the game. I’m not going to show you the other one.

It’s nauseating. But revulsion alone isn’t very useful, so I spent a chunk of the last week trying to work out what was actually going on, and whether there was anything to be abstracted from it about dealing with the pretty constant onslaught of sexist (and racist and anti-gay and cetera) attacks online.

Why Did This Happen?

The first part of the answer is just the usual sadness, I think: if you already think of women primarily as stupid sluts, you don’t have to go far to get to rape threats and games about beating a woman bloody for the offense of speaking. In other words, this is all so screwed up online because it’s screwed up everywhere.

Beyond that, I think most people find it difficult to hear criticisms of things they love. We often translate “I do not like X” into “you are a moron for loving X” and “I find Y to be troubling and kind of sexist” into “you are personally a sexist slimeball for liking Y, and I think you should be shunned forever.”

This essentialization of taste is pretty pervasive. The only way to defang it is to accept the idea that you can like troubling things without being a bad person, and that it’s a million times better to accept that some loved things are troubling than to go to the mat in their defense. It’s tremendously relaxing to accept that things you like can be imperfect, and that pointing out their imperfections doesn’t reflect on you. It’s also rare.

Finally, there’s the possibility that some kinds of unexamined pleasures are tainted by the simple proximity of a critical (as in analytical) voice: thousands of pop-culture discussions complaining about “overthinking” as the enemy of enjoyment attest to that.

But however the ego damage behind these attacks occurred, the mechanism itself is pretty simple: A woman expresses an opinion that some people disagree with. And a cluster of people, most of them men, decide that the right and proper thing to do is to try to scare her into silence or make her change her mind by posting horrible things about her, vandalizing her work online, dumping her private contact information into forums so people can harass and intimidate her offline, and talk extensively about how she deserves to be raped. Because, you know, she said something they disagreed with.

Female commentators of all kinds receive these threats and relentless attacks, all aimed at scaring them into silence. This is our normal.

How Do We Get Better?

The most effective response to trolls is supposed to be ignoring them.

Anyone who was tormented by classmates as a child knows how facile that is. You can’t un-see threats and hateful comments, which is what the people who make them are counting on. Certain tools and processes can help people who are targeted avoid actually seeing more vitriol than they have to. Twitter’s “block” button is a lifeline, and I’ve seen bloggers who are under coordinated troll attacks trade comment moderation duties so that neither has to read comments that directly threaten her.

The other problem with attempting to simply ignore comments that range from vulgarities to death threats is that women have reason to be afraid.

Online threats derive their force from offline violence. A quarter of women in the US will experience domestic violence. One in five high school girls have been raped or sexually assaulted. By the time they finish college, that number goes up to one in four. And the people who hurt us take comfort and encouragement from a culture of violent threats. “Ignoring them” is not going to do the trick.

So let’s start talking about what it’s going to take to fix this.

I want to call attention to three ideas, none of which are original to me, and all of which deserve real attention.

Platform Owners Must Build in Civility

The people who run platforms are responsible for setting boundaries and norms. If you allow your website to house trolls, you’re (a big) part of the problem.

Google, for example, has failed us with YouTube, which collects a consistently barrel-bottom comment stream, thanks in large part to Google’s refusal to create good mechanisms for enforcing its own community policy.

Civility isn’t fancy-talk for “being nice.” It’s the essential quality we require to live together in complex social structures built on our jumpy, irrational primate brains. Online, where we increasingly live, we need it more than ever.

(We also need it offline, and our civic support network must include a justice system that will convict rapists and abusers, law enforcement officers who take demonstrated threats seriously, and social norms that shame attackers instead of their targets. But that conversation is beyond the scope of even my hubris.)

The majority of gamers are neither participating in the attacks on Anita Sarkeesian nor commenting in her support. They are standing idly by.

Trolling, harassment, and stalking are by definition never justified. Not by the amount of money someone raises, not by whether or not she’s a public figure. Not ever.

When people in your community express disagreement via threats and harassment, they make your entire group look like whiny, pathetic losers. You don’t have to write a big squishy essay to draw the line. All you have to do is take 30 seconds to note that harassment and stalking is wrong and doesn’t represent your community—and then let the idiot fringe drown itself in its own impotent squealing.

That’s how we get to have nice things.

So what about those of us—especially, but not only, women—who want to dig into contentious topics like Sarkeesian’s, especially when we know damn well that doing so all but guarantees that we’ll be targeted? Besides barricading our comment queue and our hearts against the inevitable attacks, what can we do to try to smooth this rocky passage toward a better, safer world?

I am so far from having an answer, but I have a suspicion that counterattacks are not working. It’s worthwhile to cover horrible things like the attacks on Sarkeesian and Penny Red and so many others because doing so can help uncommitted or passive readers understand and defend against this behavior. But as cathartic and entertaining as it might be, skewering trolls and attacking jerks is never going to change their minds. Putting people on the defensive only hardens their positions.

When it comes to actually changing minds, I think we’re stuck with love.

Recognizing the humanity of people who do awful things is one of the core challenges of being human. (We have enough trouble recognizing it even in people who are like us.) But it’s the only way out. Even when the worst trolls are beyond visible redemption, the way we handle them is visible to so many others who are still capable of feeling empathy or recognizing pain or changing their minds.

That’s from a sermon I reread every few weeks. I’ll probably be reading it for the rest of my life as a part of my struggle with my own deep-rooted anger.

The Opposite of Idealism

There’s a segment of This American Life that illustrates the dynamic perfectly. It’s about John Smid, a man who used to run an “ex-gay” Christian ministry—called, paradoxically, Love In Action—and the activist whose willingness to be human, vulnerable, and rational gradually led Smid to understand the harm he was doing. The activist never talks about love, but that’s what this is. And it’s exactly what King was talking about:

While abhorring segregation, we shall love the segregationist. This is the only way to create the beloved community.

I have tremendous empathy for people who want to skewer and shame their attackers. I catch myself falling into it even though I know it’s an obscene waste of energy and time. It is utterly unfair that the targets of hatred and meanness and violence are nearly always the only ones who can break the cycle of mutually assured hostility. And it’s not the responsibility of the victims of this crap to act with grace.

I doubt that I’ll ever have much empathy for people who talk about women as “stupid whores,” or who try to shut us up with violence or threats of violence.

But my best shot in fraught discussions is try to remember that actions rooted in love are the most practical tool we have. It’s a position of extraordinary resilience, too, because it doesn’t rely on the back and forth of an exchange of blows. It’s steady, unexpected, and weirdly difficult to defend against—the rhetorical equivalent of stepping inside someone’s guard. And it can’t be faked.

Love is not all we need. But combined with civic firmness from platform-makers, drastically better law enforcement for actions that cross legal boundaries, and the simple rejection of vileness by the people who genuinely know better, it’s our best shot at evolving beyond this troglodytic bullshit.

This is how that MLK sermon ends:

Internet, I love you. Let’s try.